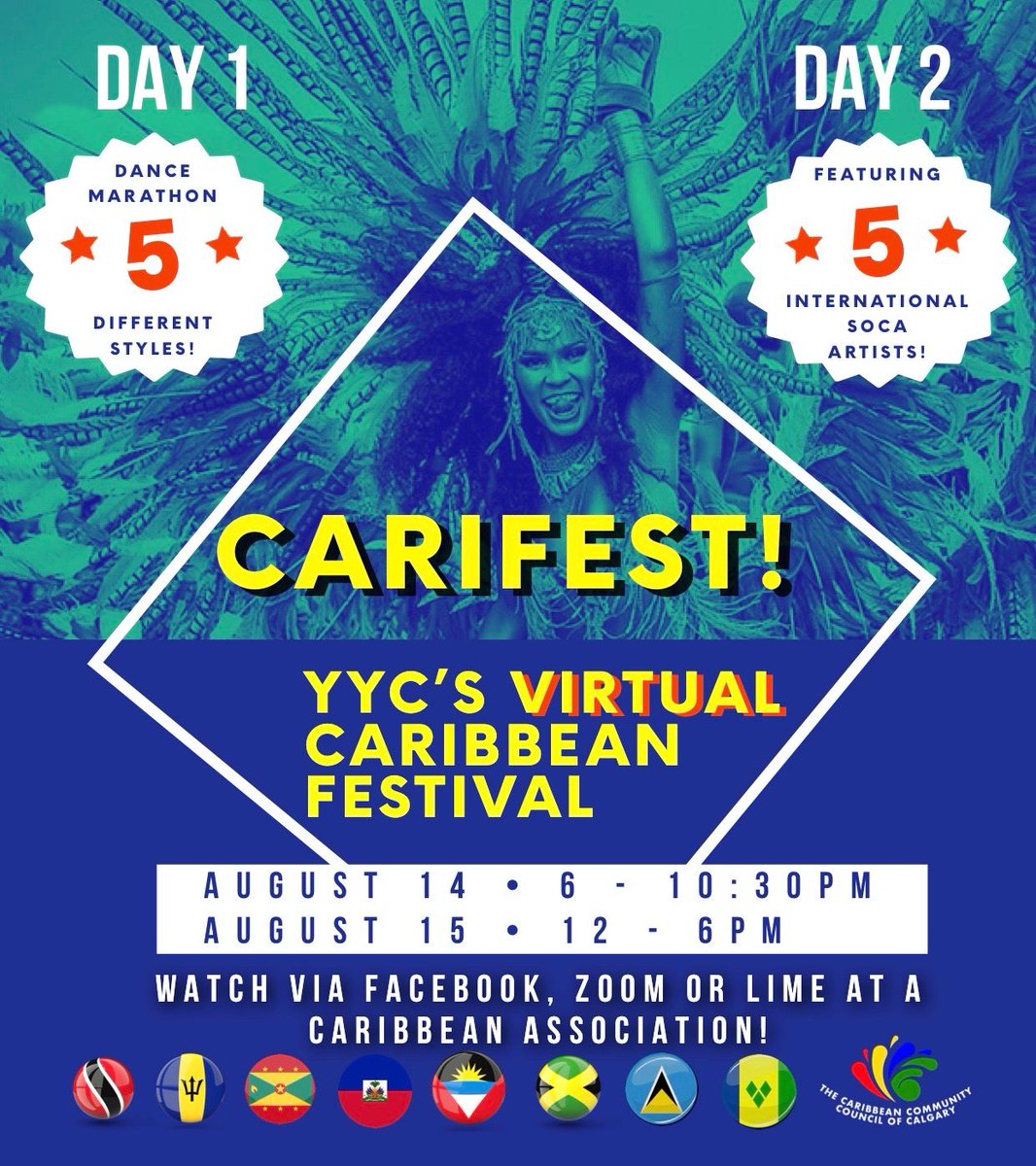 We kick off Virtual Carifest with some of Calgary’s grooviest dance and fitness instructors! Tune in to our FACEBOOK LIVE to work up a sweat with this line up:

Connect to our Virtual Carifest in three different ways and get ready for a spectacular show featuring international and local artists!

ZOOM! Pre-register to be featured in our livestream on day TWO of the festival! Dress up in your favourite carnival costume, grab a drink with a friend and bring some bacchanal to the screen! (Stand by for the registration link!)

Join the action in real life by reserving your spot at one of the following Caribbean associations:

How We Got Started

Carifest grew year after year to become the city’s largest festival! Attendees such as the Prime Minister, dignitaries from other countries and international artists have all travelled to take part of the festivities.Carifest effectively raised the inquisitiveness of the community with more than 20,000 attending the Sunshine Market during Saturday’s event.


The CanCarib acquired all the resources they needed to organize the first festival which was held at Prince’s Island Park. During that time they did not receive assistance from the City of Calgary. It was the idea of the CanCarib Board of Directors that each Caribbean island should showcase their culture — and that was how Carifest was born!