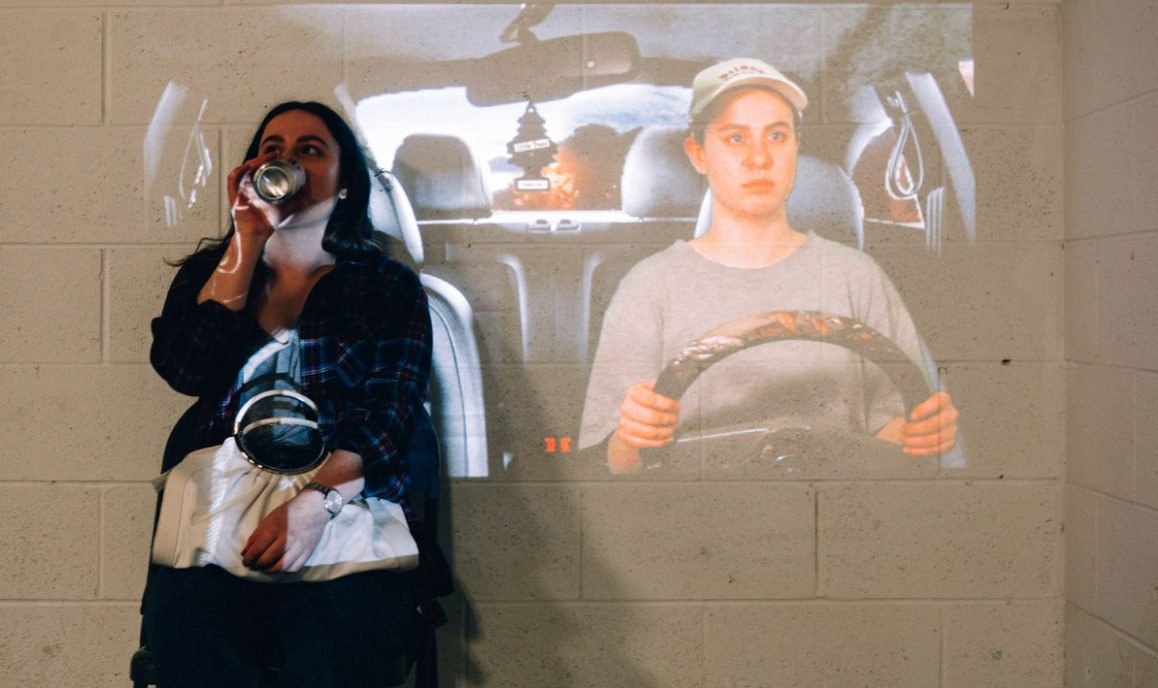 All shows are free and can be watched from the sidewalk in front of MZD (10816–95 ST | Edmonton, AB) or lived streamed below on:

About the Artist
Hannah Quimper-Swiderski (she/they) is an artist from Edmonton-Amiskwaciwâskahikan, Alberta. Working primarily with video, performance and photography, Hannah’s work explore concepts of gender performativity, identity and the body as a contextually loaded form. She often performs as characters, exploring her own identity through personas and visual identities found within b-movies, late night television, and advertising.

Hannah has shown work in venues such as the Edmonton International Film Festival, the Art Gallery of Alberta, Latitude 53, and Mile Zero Dance. She also has a background in theatre, having been raised in the community theatre scene in rural Alberta and trained at the Foote Theatre School in Edmonton and Second City in Toronto. Hannah previously went to film school with the intention of working as a cinematographer before completing her BFA at the University of Alberta in 2019.

Artist Statement
Within my practice I explore concepts of gender performativity, identity and the body as a contextually loaded form. Within my video, photo and performance work, I often perform as characters, exploring my own identity through personas and visual identities found within b-movies, late night television, and advertising. These range from the otherworldly (magicians, clowns) to the archetypal (cowgirls, news anchors, movie stars). I am drawn to the behind-the-scenes, often referencing the film set itself, focusing on the constructed nature of the characters and their worlds. Through this re-presentation of reality, I aim to reveal the uncanny within the real.

Lately, my work has become more personal, reflecting my own experiences growing up as a queer person in small-town Alberta. Through combinations of live performance and video, I am exploring my complicated relationship with my own identity, and playing with performance within real and constructed spaces.