SkirtsAFire: The Beat of Her Drum – Alberta Dance Alliance

SkirtsAFire: The Beat of Her Drum 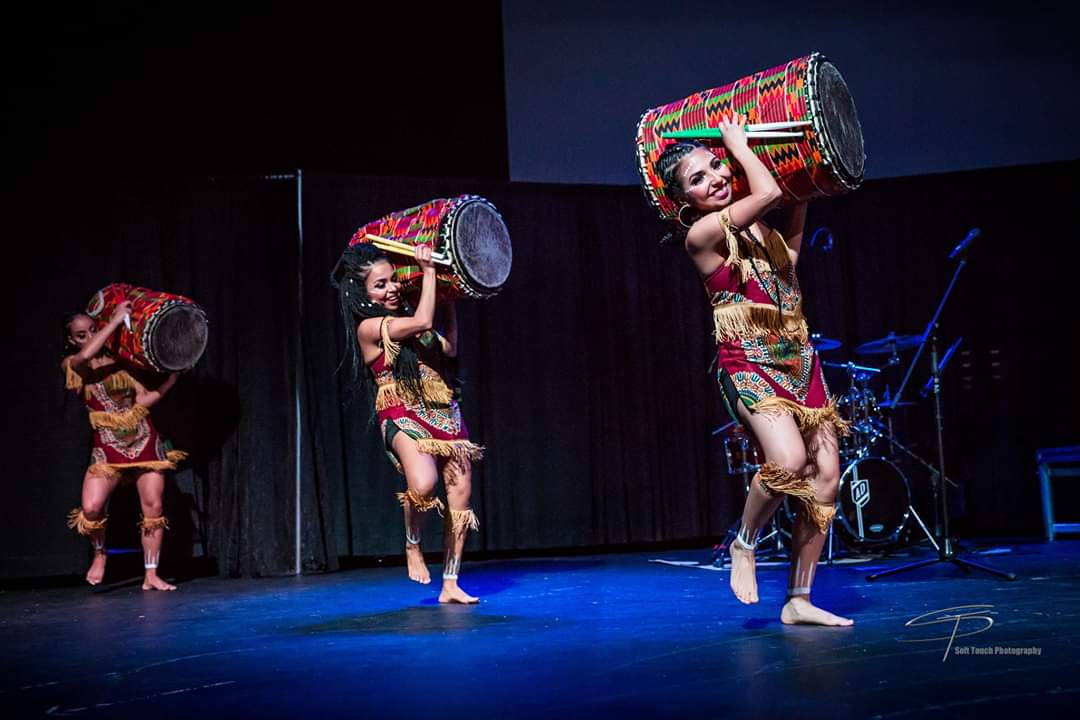 SkirtsAFire: The Beat of Her Drum

DRUMMING FROM AROUND THE WORLD

Another brand new event on Alberta Ave for SkirtsAfire, The Beat of Her Drum will be a powerful coming together of Indigenous, Korean, Latin American and West African drumming and dance for an explosive night of cultural fusion.

Sangea
With a splendid repertoire that draws heavily from the rich traditions of West African performance art, Sangea continues to brilliantly redefine what it means to revitalize tradition and in turn, captivate a modern audience. Sangea is a diverse West-African performance group made up of 8 members from several countries in Africa, and from Mexico and Canada. The name of the group means female leader and is a common name given to young girls in Liberia. Established in 2012, the group has grown from being a household name amongst several communities within the Edmonton area, to becoming a leader in the forward progression of traditional West-African music, dance, poetry, and theatre in it’s home province and across the country at large. All of its growth and success can be attributed to it’s steadfast mission to preserve and share African culture, to captivate and inspire it’s audience, and to build cultural bridges through artistic expression.

Warrior Women
Warrior Women is composed of Matricia Brown and Mackenzie Brown. A dynamic mother daughter duo whose haunting melodies and harmonious song writing will give you an experience of a lifetime. Warrior Women write and perform songs written in both English and their native tongue, Cree. Matricia and Mackenzie offer performances ranging from educational performances in schools with children and youth, to traditional crafting classes, to relaxing atmospheric drumming shows offered to people of all ages. Warrior Women was founded 15 years ago.

Since the creation of Warrior Women, Matricia and Mackenzie have traveled around Alberta, drumming, singing and educating the population on First Nations culture, traditions and crafts. Warrior Women has performed for Canada Day celebrations in Edson, Aboriginal Day in Jasper and Edson, performed at schools in Spruce Grove, Edmonton, Jasper, Edson, Hinton and many more places. Currently the members of Warrior Women are residing in Jasper where they perform for Parks Canada Rocky Mountaineer, Fairmont Jasper Park Lodge, as well as the Australian Pacific tour company for various tour groups at Jasper Park Lodge. Warrior Women does anything from drum making to big powwow drum experiences and Aboriginal awareness projects. If you have ever wanted to hear the beat of the drum and connect back to First Nations roots, Warrior Women is the band for you.

KoRock & Jeon’s TKD Demonstration Team
KoRock is an abbreviation of Korean Rock in English. In Korean words, KoRock (pronounced [ka-rak]) represents a type of music that synchronizes beat and rhythm with low, mid, and high tones. Taekwondo is Korean Traditional martial arts training, physically and mentally – Tae, meaning to kick or jump; Kwon, meaning fist or hand; and Do, which means “the way.” This performance will show the collaboration of Jeon’s Taekwondo & KoRock – the Taekwondo technical kickings and traditional movements with drumming beats and rhythms coming from traditional Korean beats.