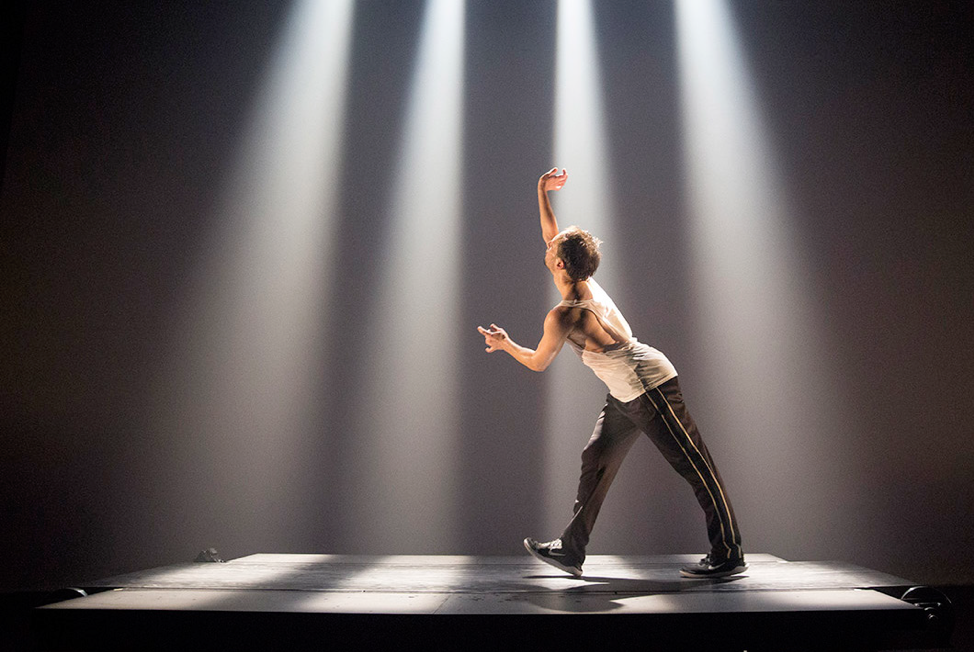 Running Piece from Montreal’s Jacques Poulin-Denis AKA Grand Poney is a bold work for dancer and treadmill. On this confined yet infinite space, a man travels without leaving, constantly forced to go forward. He moves through the situations and moments that define us. On the path of humanity and civilization, or on the transit to work, we are the high hope joggers, the overly capable multi-taskers, and the compulsive lateness sufferers.

“Running Piece’s endless belt reminds me of the ouroboros, the cyclical symbol of a snake eating its own tail. This paradox, where life and death mutually feed on each, reminds me of our perverse desire to somehow master time,” says Poulin-Denis.

Poulin-Denis is a composer, choreographer, director and performer. Undertaking projects that blur the boundaries between dance, music and theater, he creates humanistic and uncanny works that are both sensorial and thought provoking.

Based in Montreal, Grand Poney was established by Jacques Poulin-Denis, and has performed Running Piece recently in France, Germany, and Italy. Originally from Saskatoon, this will be Poulin-Denis’ first time performing in Edmonton, while taking Running Piece on a prairie Canadian tour. He will perform in Edmonton for one night only!